Law firms often use Map Engine on public- or client-facing sites.  As a result, custom branding had been the top feature requested from Map Engine users. This feature will be available to Enterprise users who will have the option to add branding to any map.

Maps are used to tell stories, and often those stories can’t be told with a single map, but rather a series of maps is needed. The Map Sets feature now allows Enterprise users to create a visualization that bundles more than one map together to show, for example, differences in a particular area of law across several regions, or different nuances of an area of law within one region. 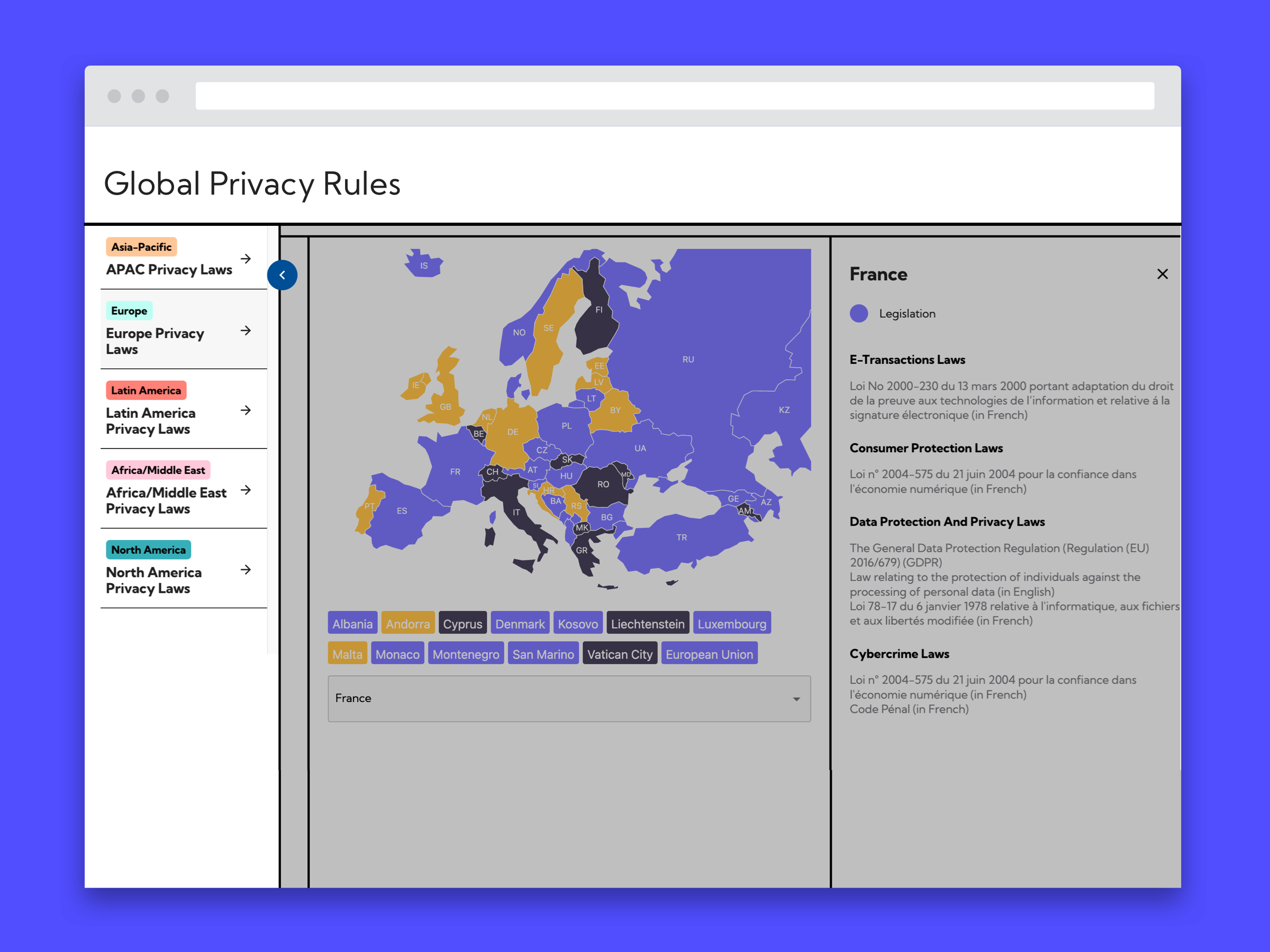 The addition of the North America map now allows Map Engine users to create Map Sets of full global surveys if they like.  To that end, Map Engine is running a promotion through August to allow users to purchase all global regions (North America, Latin America, Europe, Africa/Middle East, and Asia and Pacific) for a discounted rate.  The United States District Court map is the beginning of Map Engine’s move toward more granular map offerings based on user requests.

These feature additions reflect continued investment into Map Engine as its user base continues to grow.

Get updates and insights from us