Back to all work

In 2017, the Lawyer’s Trust Fund of Illinois embarked on a mission to radically rethink how legal aid organizations could increase the volume of assistance they can offer to provide services to the public. Given the high level of housing problems in the Chicago area, they wanted to prototype, test, and create new ways to solve issues commonly faced by renters.

Rentervention can help with evictions, utility shutoffs, problems with security deposits, and issues with housing conditions. As tenants answer plain-language questions about their problems, the chatbot provides information about the best options for resolving them. Users can save their conversation for later, if they need to find a document or look something up, and they never need to create an account to receive comprehensive assistance tailored to their specific needs.

Tenants who need additional assistance and qualify will be referred to Rentervention lawyers, who have access to the chat transcript and any documents that tenants have already uploaded or generated. With the addition of customized guides and automated templates available in the Virtual Clinic, lawyers can more quickly assist tenants without needing to restart the process from the beginning.

“As our partner on a creative journey, Theory & Principle helped turn a nascent idea into a unique, innovative final product (chatbot + virtual clinic = Rentervention). The firm is made up of people who are creative, passionate about good design, and deeply committed to building tools that make the world better.” 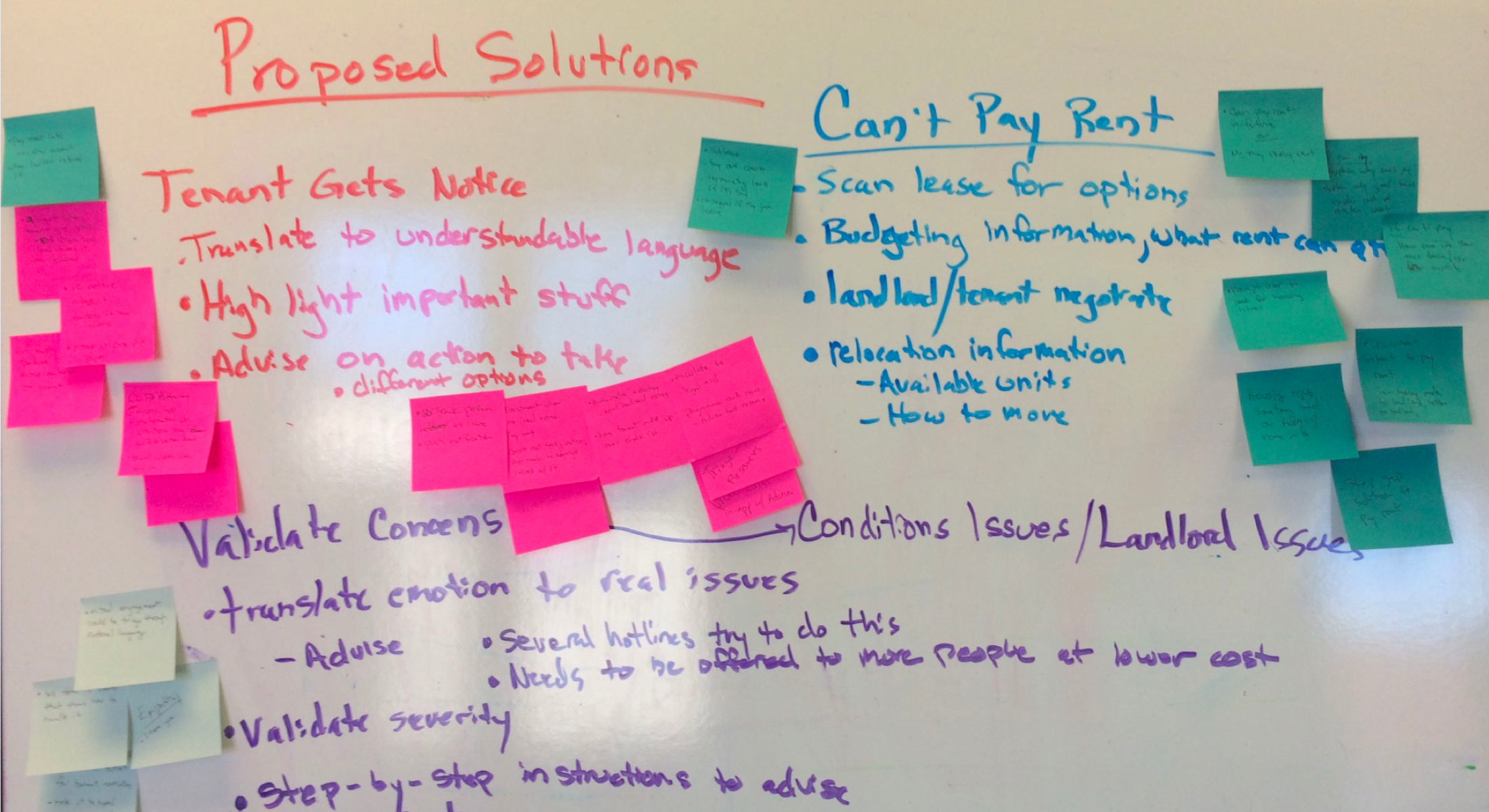 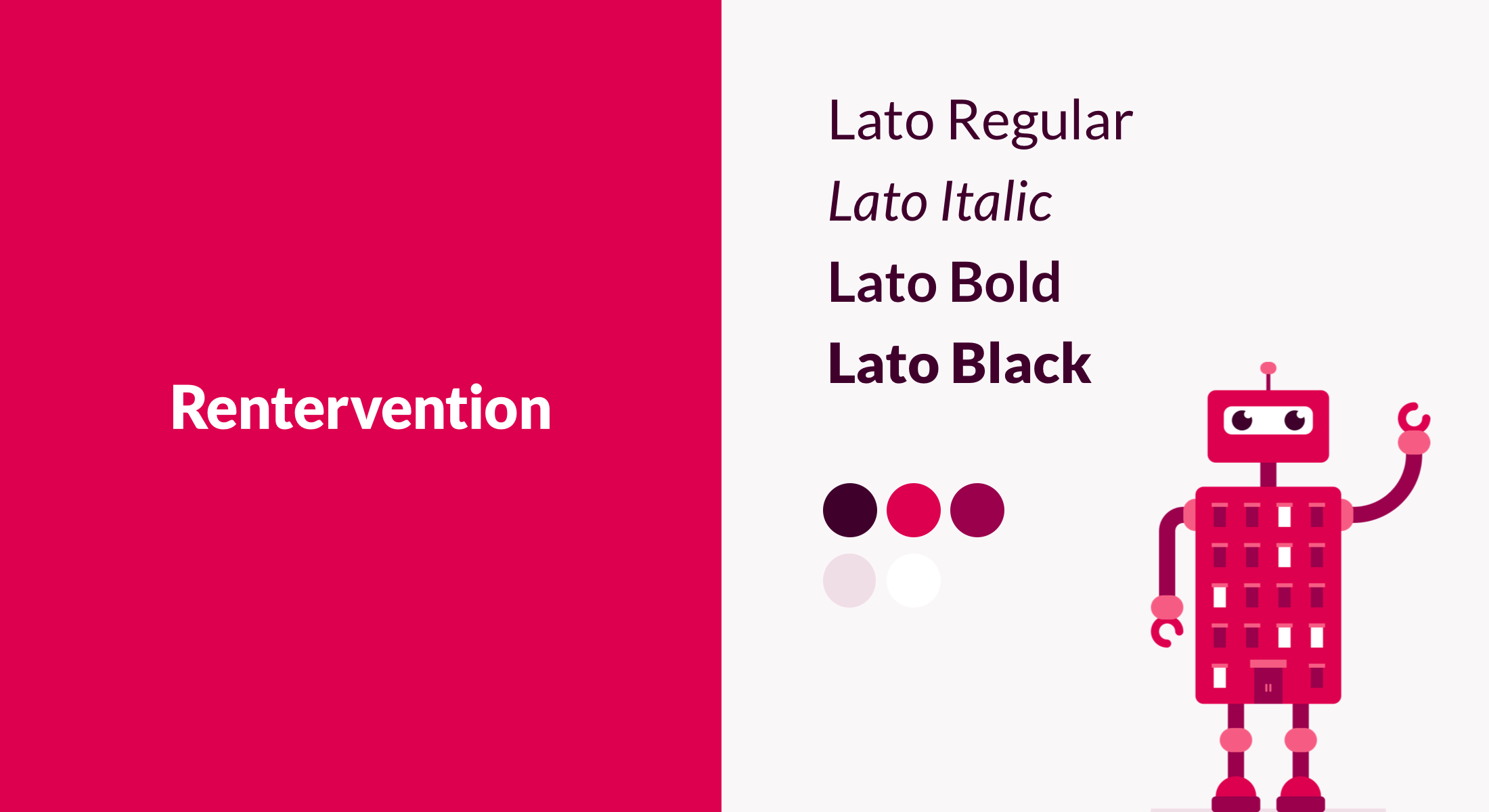 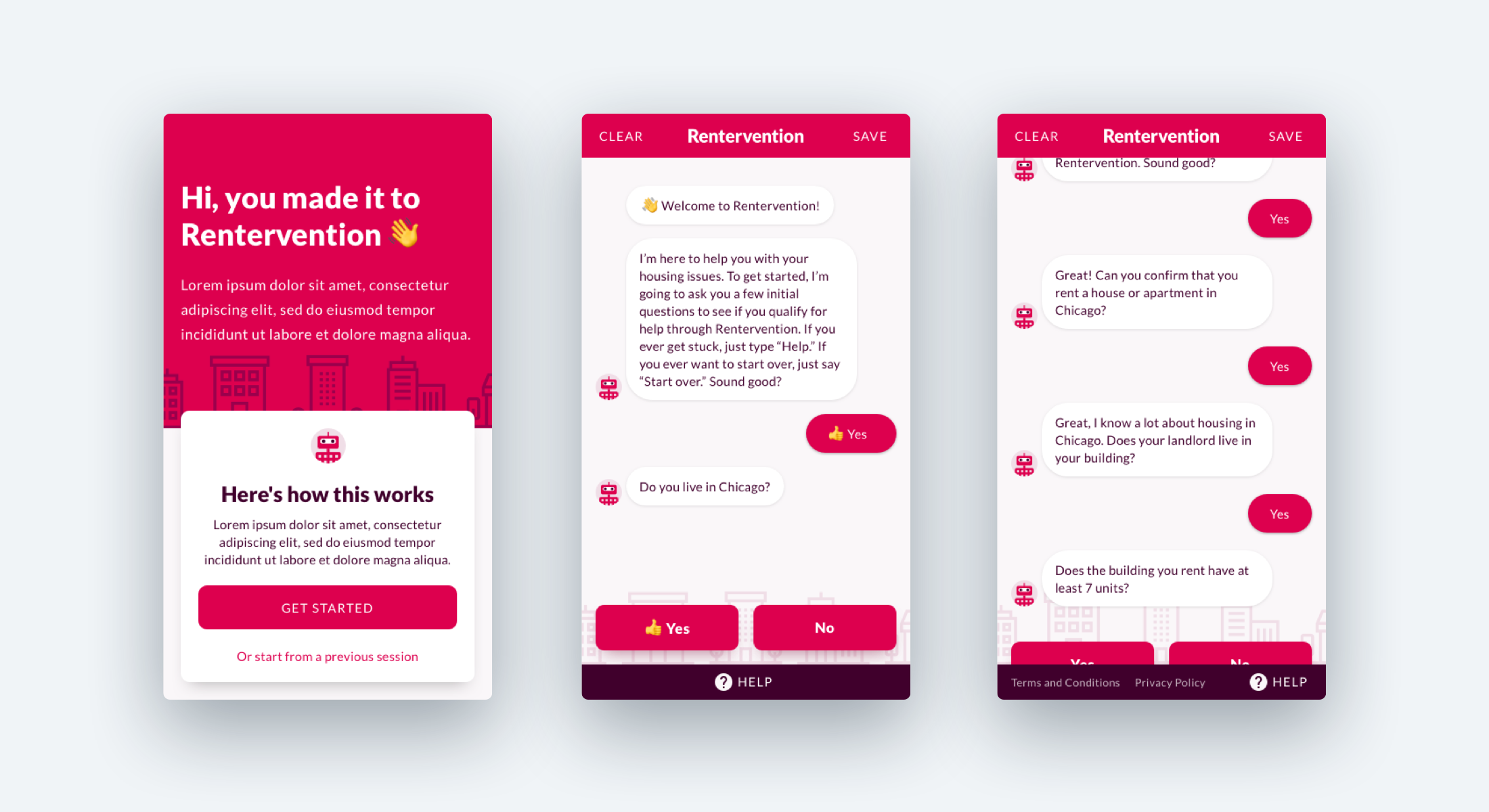 How did we get there?

We kicked off the discovery process by leading a design workshop for LTF in their home base of Chicago. Armed with data collected from stakeholders, available demographic data, insights from observations in court, and a more defined mission, we identified user goals and engaged stakeholders in identifying the issues which currently prevent tenants from achieving those goals.

We put together a simple “Wizard of Oz” prototype (where a live person acts as the “bot” in another room) and identified some key assumptions we wanted to validate about using a bot interface. Our testing validated that we were on the right track and gave us data to further refine our concept.

The design and development phase began after the chatbot concept was validated by user testing and all stakeholders, including advocates dedicated to helping Chicago tenants, bought into the core elements of the product. Our developers worked to bring the prototype to life while the designer finalized the application’s appearance with LTF, setting colors, fonts, styles, and custom art like Renny, Rentervention’s bot. The product was launched to the public in May 2019.

Get updates and insights from us